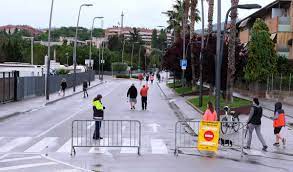 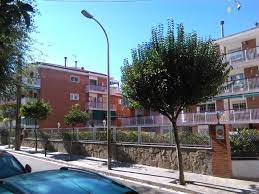 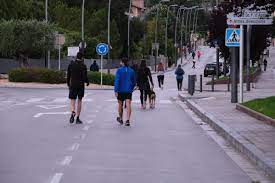 Why you should NEVER use Free Proxy servers for Torrenting

All over the internet, I see forum threads recommending the use of free HTTP proxies for torrents and I cringe. At their best, free proxy servers are crowded and slow, and at worst they’re downright dangerous.
Because 99% of them don’t work to hide your IP address from Torrent Peers (which is how torrents are monitored).
Not only is it crazy to trust a total stranger (offering you free service) with your privacy, but most free proxy servers are technologically incompatible with BitTorrent protocol.
This article will teach you about the reality of ‘free’, the limitations of HTTP/HTTPS proxies, and the potential dangers of giving total strangers access to your data stream.
Instead do this: consider choosing a torrent-friendly VPN like NordVPN (which also includes torrent-compatible SOCKS5 proxy servers).
INTRODUCTION TO FREE PROXIES
There are numerous websites with lists of free proxy servers, often sorted by country or uptime. A few examples are,, and
These are public proxy servers, accessible by anyone who knows the address and port number (listed on the website).
What is a Proxy?
A proxy is a data tunnel that is routed from you computer to a 3rd party (proxy server) before reaching the internet. The proxy is the middleman, and if used properly can help hide your identity from whoever is on the other end of your connection.
A proxy is generally configured to work with a specific program, not your entire internet connection. Common programs configured with a proxy are:
A Web Browser – To get through firewalls are access geo-blocked sites like ttorrent Client Software – To prevent ip-based torrent monitoring
When used properly, a proxy allows you to do 2 things while torrenting:
Change your visible locationHide your real IP address from torrent peers and trackers
One notable thing a proxy lacks compared to a VPN, however, is encryption.
Types of Proxy Servers
There are a few different proxy ‘protocols’ that you’ll see in free proxy lists. Each one is designed to handle and transport different types of data (they are not created equal).
The most common proxy types are:
HTTP: Transports regular non-encrypted HTTP web traffic, such as web browser The encrypted version of an HTTP proxy, it wraps the proxied traffic in a layer of encryption making it difficult for a middleman (like your ISP) to read the traffic. SOCKS5: The all purpose proxy protocol. It can transport both UDP & TCP packets, and can hold any type of data, including HTTP, Video, Files, and p2p/torrent data.
IMPORTANT TO NOTE: Bittorrent traffic is not HTTP, so it’s not compatible with HTTP/S proxies. If you try to use an HTTP proxy with your torrent client, it will simply ignore the proxy rules for peer communications and expose your IP address (bad! )
Reasons your should Avoid ‘Free Proxy’ servers
There are tons of amazing free things on the internet. In our experience, proxy service is not one of them.
The reasons to avoid free proxy servers range from inconvenience to genuine risk.
Slow: Free proxy servers are overcrowded and have hundreds or thousands of users sharing the limited bandwidth. Speeds below 0. 1Mbps are Protocol: The fast majority of free servers available are HTTP or HTTPS. This doesn’t work with BitTorrent peer communications, so torrent peers (and monitoring firms) will still see your real IP address in swarms. What you need is a SOCKS5 Proxy. Unreliable: Free servers crash or go offline constantly. You’ll have frequent connection errors, and the proxy may even go down mid-torrent (which could leak your identity depending on your torrent client’s settings). Dangerous: Free proxies cost money to run, but give full access to users’ data-stream. This attracts unsavory characters some free servers may be BitTorrent honeypots, Hacker Honeypots, or data-mining operations.
Now if that list isn’t enough to convince you, I’m not sure what is.
But if you’re ready to join our community of informed (and secure) BitTorrent fans, read on…
Free Proxy Alternatives: a Zero-Log VPN or SOCKS5 Proxy
By far the best tool for anonymizing your torrent downloads is a non-logging, torrent-friendly VPN service.
A VPN has all the benefits of a proxy service, plus additional security features:
Strong Torrent Encryption: Encrypt your torrents and browsing so your Internet provider has not idea what you’re doing Leak ProtectionZero-log Privacy: No logs or record of your online activity or IP address historyEasy-to-use Software
VPNs are hugely popular within the torrent community, thanks to the peace of mind and privacy they provide. They even allow you to get around torrent-blockades if your country (or firewall) has them.
And all 3 of our recommended VPNs actually include zero-log SOCKS5 proxy service at no additional charge.
1. NordVPN (Includes SOCKS5 proxy in 10 p2p-enabled locations) | from $2. 99/month
NordVPN is now the fastest zero-log VPN in the world, thanks in large part to their insane $2. 99/month offer, which is 70% off the normal monthly price.
Based in Panama, NordVPN has less exposure to the governmental pressures of companies located in the Five Eyes countries, like the USA, Canada, UK and Australia.
And NordVPN is quite torrent-friendly. They have p2p-optimized servers in more than 10 countries, a dual-mode kill-switch for security, and included SOCKS5 Proxy service.
Oh, and NordVPN isn’t blocked by Netflix or Hulu (unlock most VPNs).
2. Other great options (that also include a FREE Proxy)
There are two other VPN services that we highly recommend, both of which include a Netherlands-based logless SOCKS5 proxy (in addition to full VPN service).
1: IPVanish – They’re the leaders in speed, and have excellent software for Windows/Mac/iOS/Android and even a Firestick app (for Kodi).
Related: Read our IPVanish review
2: Private Internet Access – PIA is the gold standard and the godfather of the zero-logging movement. They’ve beaten the FBI in court and take customer privacy incredibly seriously. Bonus: PIA is one of the only VPNs with built-in port forwarding.
Related: Read our Private Internet Access review
David started torrenting before it was cool. He enjoys hiking, strategy games and eats watermelon year round. He still rocks his Napster t-shirt once a month.