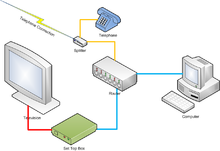 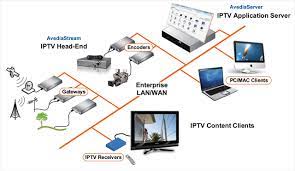 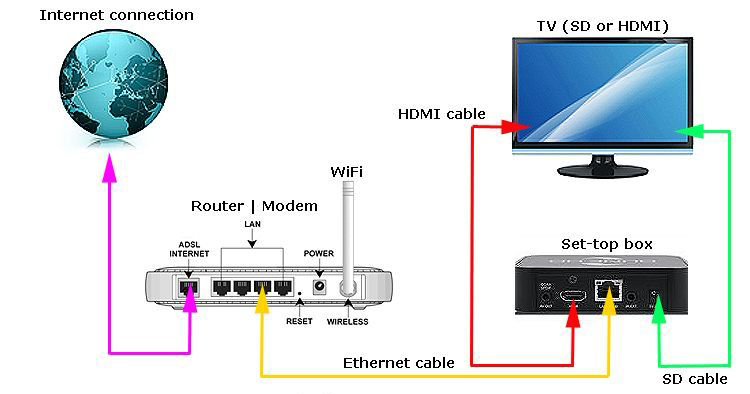 Are You Using IPv6 Yet? Should You Even Care? – HowToGeek

IPv6 is extremely important for the long-term health of the Internet. But is your Internet service provider providing IPv6 connectivity yet? Does your home network support it? Should you even care if you’re using IPv6 yet?
Switching from IPv4 to IPv6 will give the Internet a much larger pool of IP addresses. It should also allow every device to have its own public IP address, rather than be hidden behind a NAT router.
IPv6 is Important Long-Term
RELATED: What Is IPv6, and Why Does It Matter?
IPv6 is very important for the long-term health of the Internet. There are only about 3. 7 billion public IPv4 addresses. This may sound like a lot, but it isn’t even one IP address for each person on the planet. Considering people have more and more Internet-connected devices — everything from light bulbs to thermostats are starting to become network-connected — the lack of IP addresses is already proving to be a serious problem.
This may not affect those of us in well-off developed countries just yet, but developing countries are already running out of IPv4 addresses.
So, if you work at an Internet service provider, manage Internet-connected servers, or develop software or hardware — yes, you should care about IPv6! You should be deploying it and ensuring your software and hardware works properly with it. It’s important to prepare for the future before the current IPv4 situation becomes completely unworkable.
But, if you’re just typical user or even a typical geek with a home Internet connection and a home network, should you really care about your home network just yet? Probably not.
What You Need to Use IPv6
To use IPv6, you’ll need three things:
An IPv6-Compatible Operating System: Your operating system’s software must be capable of using IPv6. All modern desktop operating systems should be compatible — Windows Vista and newer versions of Windows, as well as modern versions of Mac OS X and Linux. Windows XP doesn’t have IPv6 support installed by default, but you shouldn’t be using Windows XP anymore, anyway.
A Router With IPv6 Support: Many — maybe even most — consumer routers in the wild don’t support IPv6. Check your router’s specifications details to see if it supports IPv6 if you’re curious. If you’re going to buy a new router, you’ll probably want to get one with IPv6 support to future-proof yourself. If you don’t have an IPv6-enabled router yet, you don’t need to buy a new one just to get it.
An ISP With IPv6 Enabled: Your Internet service provider must also have IPv6 set up on their end. Even if you have modern software and hardware on your end, your ISP has to provide an IPv6 connection for you to use it. IPv6 is rolling out steadily, but slowly — there’s a good chance your ISP hasn’t enabled it for you yet.
How to Tell If You’re Using IPv6
The easiest way to tell if you have IPv6 connectivity is to visit a website like This website allows you to connect to it in different ways — click the links near the top to see if you can connect to the website via different types of connections. If you can’t connect via IPv6, it’s either because your operating system is too old (unlikely), your router doesn’t support IPv6 (very possible), or because your ISP hasn’t enabled it for you yet (very likely).
Now What?
If you can connect to the test website above via IPv6, congratulations! Everything is working as it should. Your ISP is doing a good job of rolling out IPv6 rather than dragging its feet.
There’s a good chance you won’t have IPv6 working properly, however. So what should you do about this — should you head to Amazon and buy a new IPv6-enabled router or switch to an ISP that offers IPv6? Should you use a “tunnel broker, ” as the test site recommends, to tunnel into IPv6 via your IPv4 connection?
Well, probably not. Typical users shouldn’t have to worry about this yet. Connecting to the Internet via IPv6 shouldn’t be perceptibly faster, for example. It’s important for operating system vendors, hardware companies, and Internet service providers to prepare for the future and get IPv6 working, but you don’t need to worry about this on your home network.
IPv6 is all about future-proofing. You shouldn’t be racing to implement this at home yet or worrying about it too much — but, when you need to buy a new router, try to buy one that supports IPv6.
Image Credit: Adobe of Chaos on Flickr, hisperati on Flickr, Vox Efx on Flickr
READ NEXT
› How to Place Images Behind or in Front of Text in Google Slides
› What Is a WYSIWYG Editor?
› How to Add a Video to a Microsoft PowerPoint Presentation
› The Best Halloween Movies on Hulu in 2021
› Firefox Now Sends Your Address Bar Keystrokes to Mozilla
The above article may contain affiliate links, which help support How-To Geek.
How-To Geek is where you turn when you want experts to explain technology. Since we launched in 2006, our articles have been read more than 1 billion times. Want to know more?

Frequently Asked Questions about ipv4 vs 6

IPv4 occasionally won the test. In theory, IPv6 should be a little faster since cycles don’t have to be wasted on NAT translations. But IPv6 also has larger packets, which may make it slower for some use cases. … So with time and tuning, IPv6 networks will get faster.May 8, 2020

Should I enable IPv4 or IPv6?

Switching from IPv4 to IPv6 will give the Internet a much larger pool of IP addresses. It should also allow every device to have its own public IP address, rather than be hidden behind a NAT router.Sep 22, 2016

What is difference IPv4 and IPv6?