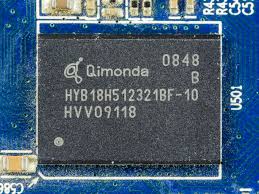 Build a Node.js Proxy Server in Under 10 minutes! – Twilio

We have all heard the term “proxy”. It might sound like it’s some kind of portal to a new dimension from the Matrix movies, but it turns out it’s very very useful!
In a nutshell, a proxy is an intermediary application which sits between two (or more) services and processes/modifies the requests and responses in both directions. This sounds complicated, I know, but let’s try with a simpler analogy:
Imagine you meet someone from Spain, but you don’t speak Spanish. What do you do? Well, you remember that your friend Santiago knows both Spanish and English and can translate for you.
The process goes like this:
You tell something to Santiago in English
Santiago translates it to Spanish in his head and says it in Spanish to your new friend
Your new friend replies back to Santiago in Spanish
Santiago then translates it in his head and tells you the response in English
Santiago in this case serves as a proxy between you and your new friend. You can’t speak directly to each other but thanks to the translator you can relay messages (i. e. requests and responses) and have a conversation!
Okay, now that we know what a proxy is, what are the use cases for it? Well, here are a few that we, at Twilio, find really useful:
Authorization – Forward only requests that are authorized to access a service
Load balancing – Distribute the requests equally among many instances
Logging – Log every requests going to a Back End API service
And many more…
Now that you know what a proxy is and why it is useful, let’s build a simple one using!
Prerequisites
To follow along, you need and Yarn installed, which are available on Mac, Windows and Linux distributions.
Build the simple proxy
In a few easy steps we are going to create a simple proxy in which can forward requests to multiple different servers/endpoints!
The full code which will be implemented step-by-step is available on GitHub here.
Initialize the project
Let’s start by initiating a new node project:
This will generate a file which will contain a basic project configuration. The command will prompt you with multiple questions (name, version, description, etc. ) – you can click ‘Enter’ on all of them to accept the default values (for example, by default the entry point will be).
Install dependencies
We need a few packages to make the proxy work:
express: Minimalist web framework
-proxy-middleware: Simple proxy framework
(optional) morgan – HTTP request logger middleware
which we can install by running:
yarn add express -proxy-middleware morgan
Define a start command
We need to add a start command to our project, so after a small change, your file should look like this (Depending on when you install these packages, some version numbers might differ, but their core functionality should stay the same. If the behaviour is drastically different, check their latest documentations. ):
{
“name”: “simple-nodejs-proxy”,
“version”: “1. 0. 0”,
“main”: “”,
“license”: “MIT”,
“dependencies”: {
“express”: “^4. 17. 1”,
“-proxy-middleware”: “^1. 5”,
“morgan”: “^1. 10. 0”},
“scripts”: {
“start”: “node “}}
If we now add an empty file, we can execute the project through:
This should run the file. Because the file is empty the console output should also be empty.
But enough configurations, let’s actually proxy some requests!
Create a simple proxy
This is where the interesting bits begin. Go ahead and open the file and add the necessary imports:
const express = require(‘express’);
const morgan = require(“morgan”);
const { createProxyMiddleware} = require(‘-proxy-middleware’);
Now we can create a basic express server and define some constants which we will use later:
// Create Express Server
const app = express();
// Configuration
const PORT = 3000;
const HOST = “localhost”;
const API_SERVICE_URL = “;
Before we implement the proxy logic, we can add the morgan middleware which logs the incoming requests:
// Logging
(morgan(‘dev’));
To be able to test that we proxy only what we want, let’s add a mock /info endpoint which doesn’t forward the request, but rather returns a simple text response:
// Info GET endpoint
(‘/info’, (req, res, next) => {
(‘This is a proxy service which proxies to Billing and Account APIs. ‘);});
Before defining the proxy endpoints, let’s also add a simple authorization/permission handling middleware which sends 403 (Forbidden) if the Authorization Header is missing:
// Authorization
(”, (req, res, next) => {
if (thorization) {
next();} else {
ndStatus(403);}});
Then we define the proxy endpoint. We want to proxy all requests starting with /json_placeholder to the notorious JSONPlaceholder API (a simple mock API which contains multiple endpoints supporting all HTTP methods). We also define a pathRewrite so that /json_placeholder is omitted when forwarded to the API:
// Proxy endpoints
(‘/json_placeholder’, createProxyMiddleware({
target: API_SERVICE_URL,
changeOrigin: true,
pathRewrite: {
[`^/json_placeholder`]: ”, }, }));
This way, when we, for example, send a request to localhost:3000/json_placeholder/posts/1, the URL will be rewritten to