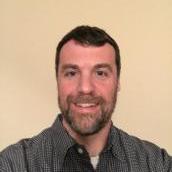 Parsing, in common usage, refers to analysing a piece of language, such as a sentence, and using the grammar rules of that language to identify the components pieces and thus learn the meaning. In computer science it refers to a specific algorithmic process of recognising the sequence of symbols as a valid one, and permit the meaning (or semantics) of a language construct to be determined, often in a computer language compiler or interpreter.
A simple parser
The simplest way to write a parser is to use the recursive descent technique. This creates a top-down parser (which may formally be described a LL(1)). To start the example we first have to establish the grammar rules for our language. In this example we will use simple arithmetic expression assignments for expressions that can only use the plus operator:
Assignment –> Identifier:= Expression
Expression –> Expression + Term | Term
Term –> Identifier | (Expression)
Identifier –> x | y | z
For each rule of the grammar we can write a procedure to recognise the incoming tokens to the rule. For the purposes of this example we can assume a routine called NextToken which invokes a lexical analyser to supply the token, and a routine called error which is used to output an error message. The language used is based on Pascal.
var token:char; (* Updated by NextToken *)
procedure identifier;
begin
if token in [‘x’, ‘y’, ‘z’]
then
NextToken
else
error(‘Identifier expected’)
end;
You can see that this code implements the rule for recognising an Identifier. We can then implement the rule for a Term similarly:
procedure expression forward;
procedure term;
if token = ‘(‘
nextToken;
expression;
if token <> ‘)’
error(‘) expected’)
else NextToken
end
identifier
When we come to implement the rule for Expression we have a problem; the first element of the Expression rule is itself an Expression. This would cause us to write the following:
procedure expression;
expression;…
This is directly self-recursive and thus would loop forever. Grammar parsed by top-down algorithms cannot be left-recursive for this reason. An easy way out of this problem is to recast the recursion as iteration in the following way:
Expression –> Term { + Term}*
We can now code up the grammar rule as:
term;
while token = ‘+’
do
NextTerm;
term
We can now complete the parser with the remaining rule for the assignment:
procedure assignment;
identifier;
if token <> ‘=’
error(‘= expected’)
NextToken;
Example of Parsing an English sentence
For example, in the sentence:
That cake is extremely nice.
The rules of the English language would make cake a noun, extremely an adverb that modifies the adjective nice, and through this analysis the meaning could be understood.
However, this analysis is dependent on us recognising that the sequence of symbols used are words. If the characters used were not familiar to us we would not be able to do this. If we encountered a sentence using an unfamiliar notation, such as Chinese, parsing in this manner might be difficult. Here is an example Chinese sentence:
我可以写一点儿中文。
For anyone who does not read Chinese characters, it would not be clear which symbols combined to form words. The same could be true for a computer algorithm when processing either English or Chinese.
Thus parsing must be proceeded by a process known as lexical analysis or scanning, where the individual characters are grouped together into recognised symbols, which we might commonly call words, but in parsing algorithms are called tokens.
What you need for parsing
In performing parsing, before starting, the grammar for the language needs to be specified. A source of tokens is also needed for the parser.
The parser could be hand-written code, or a parser generator tool could be used. If a parser generator tool is used, then that tool will need to be downloaded and installed if it has not already been included in your platform.
Grammar definitions
A grammar for a parser would normally need to be written in a context free form. A notation like BNF (Backus-Naur Form) or EBNF (Extended Back-Naur Form) is often used for this. Other notations commonly used to describe programming languages might be railroad diagrams.
Lexical Analysis
Tokens are normally provided for the parser by a lexical analyser (or scanner). More details can be found in the documentation for a lexical analyser (TBC).
Parsing Techniques
To hand-code a parser, an appropriate algorithm would need to be chosen that suits both the language been parsed and the means of implementation. Parsing algorithms are classified into the two types of top-down parsing and bottom-up parsing. A (recursive) top-down parser is easier for a beginner to learn when starting to write parsers.
Parser Generator Tools
The most common way of creating a parser is to use a parser generator tool. There are many such tools, but some of the most commonly used are:
Bison/yacc
ANTLR 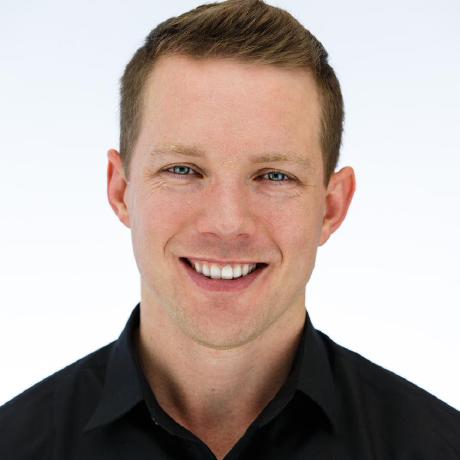 A Guide To Parsing: Algorithms And Terminology – Federico …

Syntax analyzers follow production rules defined by means of context-free grammar. The way the production rules are implemented (derivation) divides parsing into two types: top-down parsing and bottom-up parsing.
Top-down Parsing
When the parser starts constructing the parse tree from the start symbol and then tries to transform the start symbol to the input, it is called top-down parsing.
Recursive descent parsing: It is a common form of top-down parsing. It is called recursive as it uses recursive procedures to process the input. Recursive descent parsing suffers from backtracking.
Backtracking: It means, if one derivation of a production fails, the syntax analyzer restarts the process using different rules of same production. This technique may process the input string more than once to determine the right production.
Bottom-up Parsing
As the name suggests, bottom-up parsing starts with the input symbols and tries to construct the parse tree up to the start symbol.
Example:
Input string: a + b * c
Production rules:
S → E
E → E + T
E → E * T
E → T
T → id
Let us start bottom-up parsing
a + b * c
Read the input and check if any production matches with the input:
T + b * c
E + b * c
E + T * c
E * c
E * T
E
S

How do you parse?

Traditionally, parsing is done by taking a sentence and breaking it down into different parts of speech. The words are placed into distinct grammatical categories, and then the grammatical relationships between the words are identified, allowing the reader to interpret the sentence.Jul 3, 2019

What is a parsing process?

Parsing, syntax analysis, or syntactic analysis is the process of analyzing a string of symbols, either in natural language, computer languages or data structures, conforming to the rules of a formal grammar. …

How does parse work?

Structure of a Parser The parser needs the lexer because it does not work directly on the text but on the output produced by the lexer. … A lexer and a parser work in sequence: the lexer scans the input and produces the matching tokens; the parser then scans the tokens and produces the parsing result.Dec 16, 2017