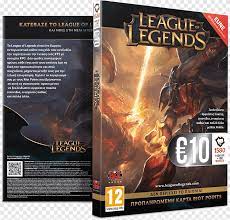 An image from a notable RSPS.
1 Definition
2 Making your own
3 Finding a RSPS
4 Revisions
5 Legal issues
Definition
A RuneScape private server, also known as RSPS, is a user-made gaming server based on the original game ‘RuneScape’. Unlike the original game, which is managed by Jagex, a RSPS is managed by individuals, friends or small online teams.
Even though a RSPS has the same looks as real RuneScape, it is in many cases not even close to same. The game can be completely modified by the manager (in the RSPS-scene usually named ‘owner’) of the RSPS. One of the reasons many people prefer a RSPS over real RuneScape, is the fact that it’s usually easier to gain high levels and collect rare items. In some cases, the managers of these RuneScape private servers even create custom items that cannot be collected in real RuneScape.
As you may have expected, RuneScape and RSPS’ are two completely separate concepts. You will need to register new accounts (per RSPS) and cannot use your real RuneScape information.
Making your own
Making your own RuneScape private server is fun, but not as easy at it used to be.
Creating a stable RSPS will require at least the basics of a few programming languages, such as Java (not JavaScript), C#, PHP and database languages such as SQL.
There are plenty of trustable resources that can help you to make your very own RSPS though. In some cases, there’s even a starter pack to begin with. The most common resources for any RSPS are:
RuneLocus
Rune-Server
RspsHub
The first website is considered the biggest, but mainly because of their RSPS List. The second two are highly recommended forums related to development of servers.
RspsHub is the latest addition to the list, and provides the main bulk of leaks within the community.
Finding a RSPS
The most common method to find a game to play on, is by visiting a ‘toplist’.
Since 2007, RuneLocus’ RSPS List has been the biggest and most common toplist to use. There are many alternatives though, such as Top100Arena, TopG and GamesTop100.
Revisions
A private server can be made to fit any revision as long as the cache and client are present. Often times, such as with revisions 562 and 718, information will get released within a source and numerous renditions will follow. Although there are many more frameworks that cover a larger amount of revisions, here are the most commonly used. Most of these revisions are not currently being used for servers any more.
317 (Widely regarded as the oldest revision for RSPS, excluding Classic. Many different frameworks have been released for this revision)
377 (Common for Apollo for example)
474 (Hyperion and/or Apollo)
508
525 (Common RS2HD revision)
530 (RuneX for example)
562 (Was the main revision for a lot of servers at the time. Typically RS2HD, RuneEscape or Hyperion frameworks)
602/604 (Not used very much for servers, other than loading some models. A couple Hyperion frameworks were updated to these revisions and released)
614 (Saw the introduction of Dungeoneering. Few servers at the time were loading this revision. Namely CorruptionX and a framework from Hoyute)
314 (A hybrid revision [317 loading 602/614] is still called 317 but is not! )
667 (Common RuneEscape revision)
718 (Common revision for 2012 RSPS)
728
742 (Common for 742- servers to load some cache definitions from this revision. Some pure 742s have been released, most on new frameworks)
751 (Introduction of the Evolution of Combat)
788 (Introduction of RuneScape 3 and the ‘New Interface System’ [NIS]).
803
830 (Common revision for RS3 RSPS)
849 (Catanai for example)
870 (Kagani for example)
876 (Matrix 876 converted by _jordan for example)
887 (Gielinorian for example by Melvin)
Legal issues
RuneScape Private Servers fall between a grey area in terms of whether they are legal or not. While the use of the servers may violate EULA and copyright laws, the direct usage of copyrighted assets from Runescape is not necessarily protected under the law.
Operate and play private servers at your own risk. Playing private servers yields almost no danger, hosting private servers may be cause for legal concerns. 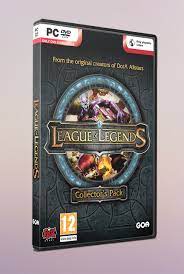 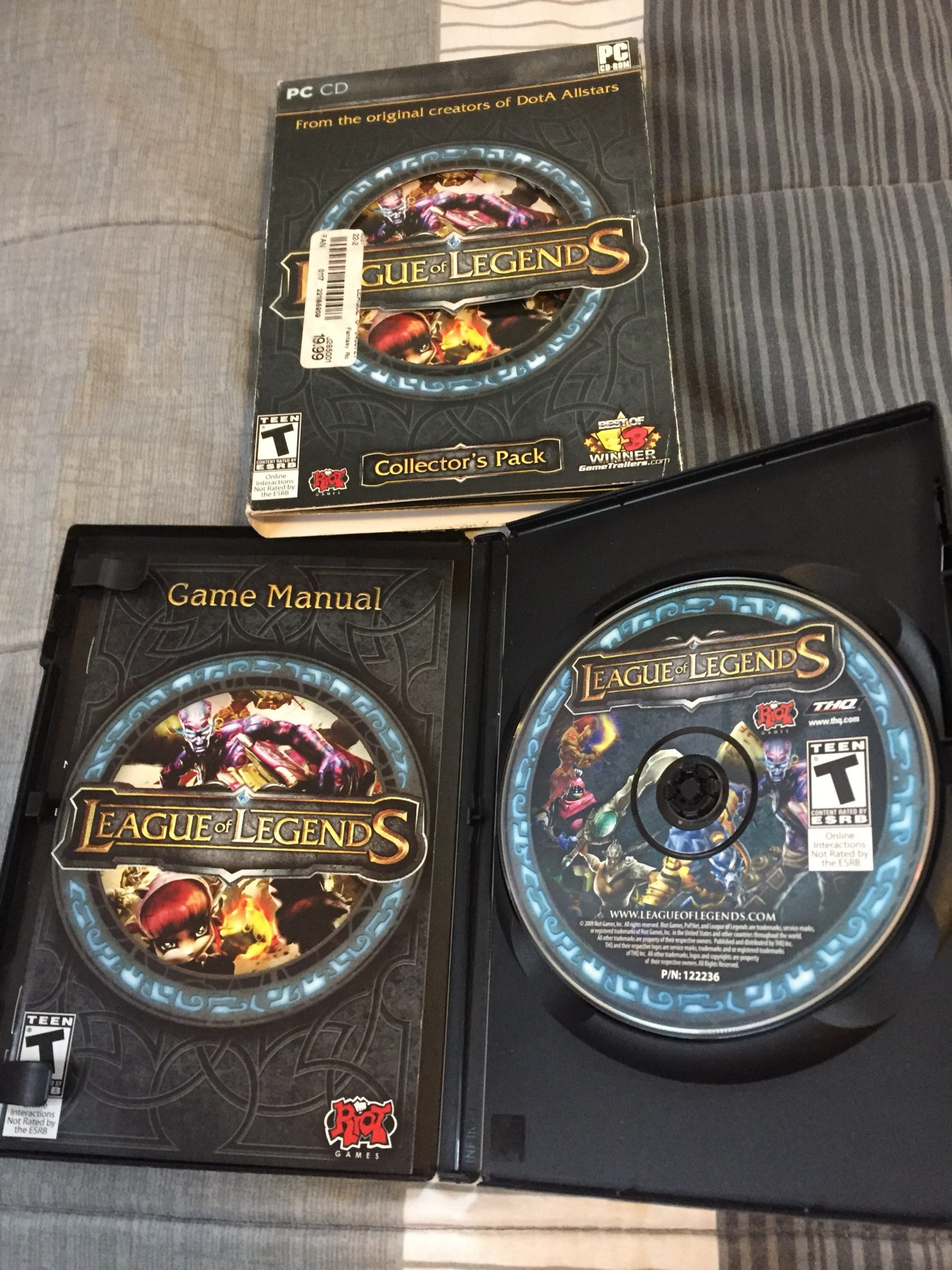 World switching, also known as world hopping, exploits a side effect of the duplicate worlds within the RuneScape game.
1 Overview
2 World Switcher
3 Game effects
4 Trivia
Overview
Each RuneScape world is hosted on its own computer, known as a server. Servers are continuously connected to the internet, and receive tie-ins from connections of players all over the world. The servers host these players (up to 2000 on a single server) while they play RuneScape. To ease strain on the servers running RuneScape, Jagex created many different servers as to not overload a single server with too many players. Unlike many other MMORPGs, a single character can visit any of the worlds.
Players log into that server and are able to interact with all of the elements — monsters, buildings, items, etc. — found on that world. These worlds, each located on its own server, are identical in form and yet independent of each other. Actions taken on World 1 will not affect the building, monsters, or items on World 2. For example, buying all of the chisels in the Lumbridge General Store on World 1 will not reduce the number of chisels in Lumbridge General Store on any other world. The side effect of these semi-duplicate worlds is if a store is overstocked or out of stock, or a mine is too busy or mined out for now, players can return to the world select screen and try a different world.
When a player stays in a particular location — such as a shop or ore spawn — while changing worlds, this is called world hopping.
World Switcher
The World Switcher interface.
An update on 21 May 2015 has allowed players to freely hop between worlds by clicking on the logout button (). Within the logout interface shows the world switcher button, where players can easily switch between worlds around Old School RuneScape. Players can also favourite up to two worlds at a time.
There are a few restrictions. Players cannot switch worlds if they have recently been in combat or have switched worlds multiple times in a row.
Players will be warned if they click on a PvP world (Worlds 325, 337, 392 and 417).
Game effects
World switching can be very important in merchanting as prices often vary between worlds. This is noticeable in the Fishing shop in Port Sarim, particularly with the prices of lobster and swordfish. Another type of merchanting is called vial hopping. It consists of buying out the stock of Herblore potion vials in a particular shop then switching worlds and repeating the process.
World switching is also used to effectively mine runite ore, which, given the small number of rocks per world and a long respawn time, is very difficult to obtain at a decent rate without world switching.
Trivia
The NPC named Hopleez pokes fun at world hopping as a whole (due to him being a parody of other players telling each other to hop worlds so that multiple players aren’t fighting for the same resources).
v • d • eInterface
Control panel
Top
Combat Options • Stats • Quest List • Achievement Diary • Minigame Group Finder • Kourend Favour • Inventory • Worn equipment (Equipment Stats) (Items Kept on Death) (Guide Prices) • Prayer screen • Spellbook
Bottom
Clan Chat • Friends List (Ignore List) Account Management • Logout (World switching) • Options • Emotes • Music
Minimap
Compass • Hitpoints • Quick prayers • Run energy • Special attack • World map
Other
Chat Interface • Choose Option • Game controls • Main Menu • Trading interface

Is RuneScape a dead game?

It is dying slowly, with 95% of the current players being old players, some returning from a couple of years of inactivity, others who never really stop. The majority of the players are on Old School Runescape, and that is a big sign of the problems that runescape has.Feb 22, 2021

What are RuneScape private servers?

What server does RuneScape use?

A server, world or W is a computer which hosts RuneScape. Servers are maintained by Jagex and are distributed across the real world. Each world allows 2000 players to be connected at once.