Dirty little secret – or ultimate SoundCloud marketing trick?
What if you only have a few hundred SoundCloud® followers but want to gain thousands of new fans quickly with your new track? Is it possible?
Yes, you can!
Here is how – and it’s gonna be an equally long and valuable post so hang in there
It all starts with your music – having a great track that music fans want to download is key! But here is another important trick: the more you increase traffic and listeners for your SoundCloud track, the more followers you will gain from your new track.
But how do you get more traffic and listens – particularly if you only have a few hundred fans?
This is always one of the hardest challenges. You can spread your music across social media, blogs, SoundCloud groups, etc. – but one of the most effective tactics is to use promotion channels for new music on SoundCloud!
SoundCloud Promo Channels: dirty little secret or ultimate promo tool?
SoundCloud promotion channels are music genre-specific SoundCloud profiles with often tens or hundreds of thousands of followers.
The EDM Network on SoundCloud, for example, includes over 20 genre-specific promo channels with over 2 million combined followers. World-renowned artists such as Paul van Dyk, Avicii, Nicky Romero, David Guetta, Cedric Gervais, and many more get their tracks featured on this network of SoundCloud promo channels to boost their music.
Sounds interesting? But wonder how do you get your track featured on a SoundCloud promo channel?
It’s actually really simple and you can do it just like the big guys do! These promo channels are businesses. They invested a lot of time and money into building massive SoundCloud followings. While they may sometimes feature new talent free of any charge, artists and/or record labels typically buy reposts of their tracks on the promo channel for a marketing fee that may range from a few dollars to hundreds or thousands of dollars, depending on the size and reach of the respective promo network.
With the repost by the promo channel, the artist’s track gets delivered to all the followers of the promo channel and gets a ton of new traffic, listens – and if you use Hypeddit: new followers, likes, reposts, comments, fan email addresses and more!
There is some debate going on across the EDM scene about whether or not promo networks should indicate which artists and tracks they promote for free or as paid promotion (e. g., read here and check out the comments at the bottom) – but the simply truth is: it really works and these promo channels are incredibly effective to break new talent!
Introducing Hypeddit’s “Fan Promotion” feature
In order to bring the power of SoundCloud promo channels to our users and artists, we are very excited to offer you a select list of SoundCloud promo channels.
You can now directly submit your Hypeddit download gates to various SoundCloud promo channels as a demo for a repost to their hundreds of thousands of followers.
You can access the “Fan Promotion” feature directly from your Hypeddit dashboard under “Hype My Music”. Then simply select the track you want to promote and click the “Submit via Email” link to auto-generate your promo email to any of the channels in our promo channel list. Hit send and done. Once the promo channel team approves your track for a repost they will get in touch with you directly.
Give this new feature a try and let us know how it’s working for you!
My recent post about how I broke into the Hypeddit Top 10 Charts shows how I used SoundCloud promo channels to boost the track and my SoundCloud profile with real fans.
Comments comments 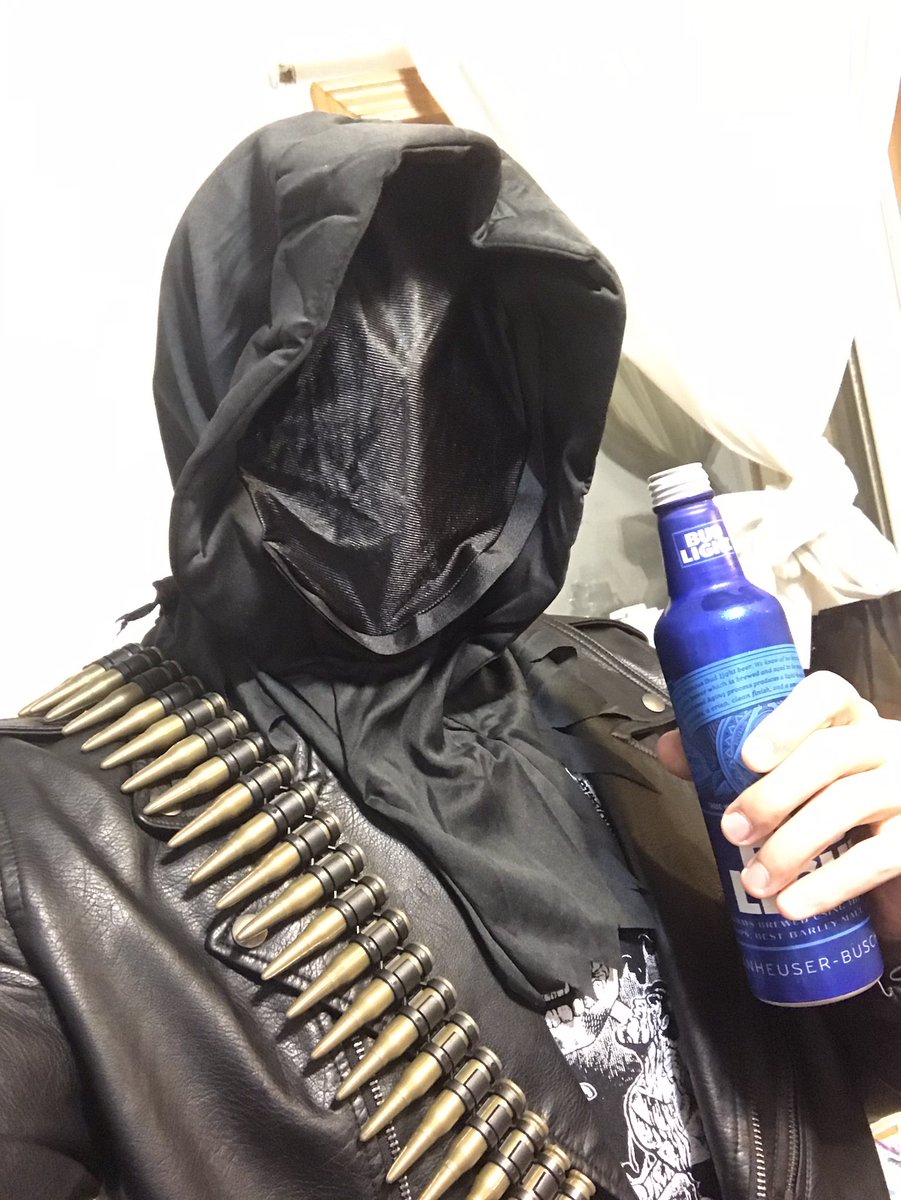 medium following as in(1k-5k plays on each track they promote)Log in or sign up to leave a comment
level 1 · 5y you find one or two channels that fit your needs, look at their related videos/tracks, or featured profiles/channels and see what other promos are similar or working with them. You can also look up a track on YouTube and scroll until you find an upload of “medium size” as you described, then check out their channel. Places like Strobe Network are great places to startlevel 1Massive followings are always fake, they are complete scams. How can a channel have or a person have 200k fans and no plays, or 2k fans and 350k plays. Look for generic comments (even on bigger artists pages) nice!!, this is great!, omg that drop! (song doesnt have a drop) a lot of bs on 2I see where your coming from, i know the signs for real when i look on soundcloud, i have got ripped off from one marketing promo outlet called boostmyplays, all i got was fake plays, comments, no followers. Followers were fake as fuck. So i know who to deal with. Now with channels on soundcloud such as are legit, but they cost around $200 – $500 for an 1you shouldnt have to pay for promotion, hit up xKito and people like herlevel 2I know of her and others, however your missing the people only post songs with artists that have a huge following, im more of a small guy when it comes to a following. I made good music, but i get no plays. I literally see bad songs that get promoted because the artist have a huge following, and the uploader think they can make a good roi if they upload a big track that suckslevel 1it depends on what type of music you are looking for. also 1k-5k plays isn’t very much at all. if you mean 1k-5k plays from a single repost, thats A LOT of plays, so you’d need a network with 50k – 200k followers. I believe you will average plays equal to 3% of the number of total followers on a channel, but that drops significantly if they repost 1 · 5yHey! Have a nice day! If your music is good then there are a million, just search things like “free repost in soundcloud” and then search for tracks you like, often smaller channels upload them too, go through them and send them demos. 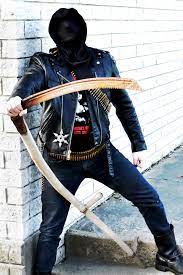 I Spent $25 On Real SoundCloud Promotion And This Happened

What up Smart Rapper Gang, I’m Rob Level AKA the best rapper you know who tells you what other rappers don’t want you to know. I’ll be discussing every single tactic used to build an impressive SoundCloud profile for FREE. By the end of this article, you’ll be able to reach unbelievable numbers in just one month.
Just to make sure that this was the real deal, I recorded over a dozen videos showing my progress and exactly what I did to make it happen. Check them out on the Smart Rapper YouTube channel.
If I could do it from scratch, you can too. Here are the results I got in one month from a profile that had 0 followers and 0 streams. Remember, I did this without me promoting any SoundCloud promotion to my fan base. It is all organic growth combined with using strategies that’ll shortly be revealed.
If you want to see all of those videos, I’ll be providing them in a Real Soundcloud promotion course you can get your hands on. The link is also located below this article.
This Is What $25 Did For Me:
Around day 20 into my exploration of real SoundCloud marketing, I spent $25 on credits on a site called Repost Exchange. This resulted in me getting 2, 500 credits to use on reposts from other music artists sharing my music to their fans on SoundCloud. This is real SoundCloud marketing at it’s finest. You’re getting your music heard by fan bases people (in the same genre as you) already built for themselves.
After day 20, I bought an extra $25 credits and then set up a campaign in order to spend them. Once I used them up, my SoundCloud promotion resulted into this:
Gained 5, 087 streams, 740 reposts, 375 comments. All in 20 days.
This was as easy as getting the credits. All it took was 30 seconds and hitting go.
Normally, buying SoundCloud promotion from a lot of sites–well really, most so-called real SoundCloud promotion sites–are all super fake. A lot of pages will tell you to buy so-called real SoundCloud promotion–reposts, likes, and shares–for dirt cheap. Later, they mark up prices by like 5-10 times and pretend it’s real SoundCloud promotion. In reality, it’s all nonsense.
In this circumstance, you can see your music getting reposted and commented on by real people. Your streams gradually go up instead of spiking straight up, because the process is actually REAL. I tested it. If it was fake, I would have had 50, 000-100, 000 streams at the end of the month and only 5, 000 followers. But that’s unrealistic.
To be able to do what I did over the course of one month is simultaneously beautiful and mind boggling. I did this to prove to what you can do. If you make good music and start using the real SoundCloud promotion methods I’m showing you, you can succeed.
Gain EVEN MORE For $25 Through Smart Rapper
After knowing Repost Exchange wasn’t a scam, I talked to their CEO about getting a discount for Smart Rapper. He agreed to give 100% free promotion credits to anyone who uses my link to sign up. Yes, you can even use them at the free level. Get bonus credits you can use to gain more fans without having to pay a single penny.
Again, I did this from NOTHING. If I didn’t rely on my fans for the success of this new profile, then why can’t you do the same?
Also, to prove it is all real, I documented every step of the entire process when using Repost Exchange. I put it all together into a course you can get your hands on 100% free. All you have to do is sign up to my e-mail list below.
When you sign up to that email list, we’ll let you know when my music marketing masterclass launches. It is the best marketing course in the history of the music industry guaranteed. Also, I’m giving anyone on this e-mail list 50% off when I launch it. You will be able to become part of the special beta testers who’ll make sure it is the absolute best.
Sign up below to get the proof it is real as well as get 50% off the super course.
– @Rob Level
Related YouTube video:
Email:
Repost Exchange:
SoundCloud Course:
Click here to sign up for the email list

How can I get more plays on SoundCloud for free?

Apart from that, here are 5 strategies that will get you more plays on Soundcloud:Make great music first.Leverage existing audiences on the platform.Use email for networking and promotion.Get into repost chains.Make your music discoverable.Sep 14, 2021

How do you get 1000 followers on SoundCloud?

To get better, more quality Soundcloud followers, here are a few tips you can use.USE SOUNDCLOUDFOLLOWERS.ORG. … DON’T PAY FOR FOLLOWERS OR LIKES. … HOW TO GET IN GOOD WITH BLOGGERS. … THINK BIG BY THINKING SMALL. … USE THE LAW OF RECIPROCITY ON SOCIAL MEDIA. … STOP PUTTING ALL THE FOCUS ON YOU. … INCLUDE OTHERS IN YOUR GATEWAYS.