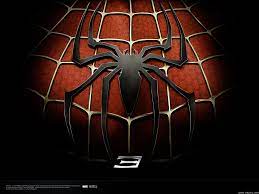 Eager to get started? This page gives a good introduction in how to get started
with Requests.
First, make sure that:
Requests is installed
Requests is up-to-date
Let’s get started with some simple examples.
Make a Request¶
Making a request with Requests is very simple.
Begin by importing the Requests module:
Now, let’s try to get a webpage. For this example, let’s get GitHub’s public
timeline:
>>> r = (”)
Now, we have a Response object called r. We can
get all the information we need from this object.
Requests’ simple API means that all forms of HTTP request are as obvious. For
example, this is how you make an HTTP POST request:
>>> r = (”, data = {‘key’:’value’})
Nice, right? What about the other HTTP request types: PUT, DELETE, HEAD and
OPTIONS? These are all just as simple:
>>> r = requests. options(”)
That’s all well and good, but it’s also only the start of what Requests can
do.
Passing Parameters In URLs¶
You often want to send some sort of data in the URL’s query string. If
you were constructing the URL by hand, this data would be given as key/value
pairs in the URL after a question mark, e. g.
Requests allows you to provide these arguments as a dictionary of strings,
using the params keyword argument. As an example, if you wanted to pass
key1=value1 and key2=value2 to, you would use the
following code:
>>> payload = {‘key1’: ‘value1’, ‘key2’: ‘value2’}
>>> r = (”, params=payload)
You can see that the URL has been correctly encoded by printing the URL:
>>> print()
Note that any dictionary key whose value is None will not be added to the
URL’s query string.
You can also pass a list of items as a value:
>>> payload = {‘key1’: ‘value1’, ‘key2’: [‘value2’, ‘value3’]}
Response Content¶
We can read the content of the server’s response. Consider the GitHub timeline
again:
>>> import requests
>>>
‘[{“repository”:{“open_issues”:0, “url”:”
Requests will automatically decode content from the server. Most unicode
charsets are seamlessly decoded.
When you make a request, Requests makes educated guesses about the encoding of
the response based on the HTTP headers. The text encoding guessed by Requests
is used when you access You can find out what encoding Requests is
using, and change it, using the r. encoding property:
>>> r. encoding
‘utf-8’
>>> r. encoding = ‘ISO-8859-1’
If you change the encoding, Requests will use the new value of r. encoding
whenever you call You might want to do this in any situation where
you can apply special logic to work out what the encoding of the content will
be. For example, HTML and XML have the ability to specify their encoding in
their body. In situations like this, you should use ntent to find the
encoding, and then set r. encoding. This will let you use with
the correct encoding.
Requests will also use custom encodings in the event that you need them. If
you have created your own encoding and registered it with the codecs
module, you can simply use the codec name as the value of r. encoding and
Requests will handle the decoding for you.
Binary Response Content¶
You can also access the response body as bytes, for non-text requests:
>>> ntent
b'[{“repository”:{“open_issues”:0, “url”:”
The gzip and deflate transfer-encodings are automatically decoded for you.
The br transfer-encoding is automatically decoded for you if a Brotli library
like brotli or brotlicffi is installed.
For example, to create an image from binary data returned by a request, you can
use the following code:
>>> from PIL import Image
>>> from io import BytesIO
>>> i = (BytesIO(ntent))
JSON Response Content¶
There’s also a builtin JSON decoder, in case you’re dealing with JSON data:
>>> ()
[{‘repository’: {‘open_issues’: 0, ‘url’: ‘
In case the JSON decoding fails, () raises an exception. For example, if
the response gets a 204 (No Content), or if the response contains invalid JSON,
attempting () raises requests. exceptions. JSONDecodeError. This wrapper exception
provides interoperability for multiple exceptions that may be thrown by different
python versions and json serialization libraries.
It should be noted that the success of the call to () does not
indicate the success of the response. Some servers may return a JSON object in a
failed response (e. g. error details with HTTP 500). Such JSON will be decoded
and returned. To check that a request is successful, use
r. raise_for_status() or check atus_code is what you expect.
Raw Response Content¶
In the rare case that you’d like to get the raw socket response from the
server, you can access If you want to do this, make sure you set
stream=True in your initial request. Once you do, you can do this:
>>> r = (”, stream=True)