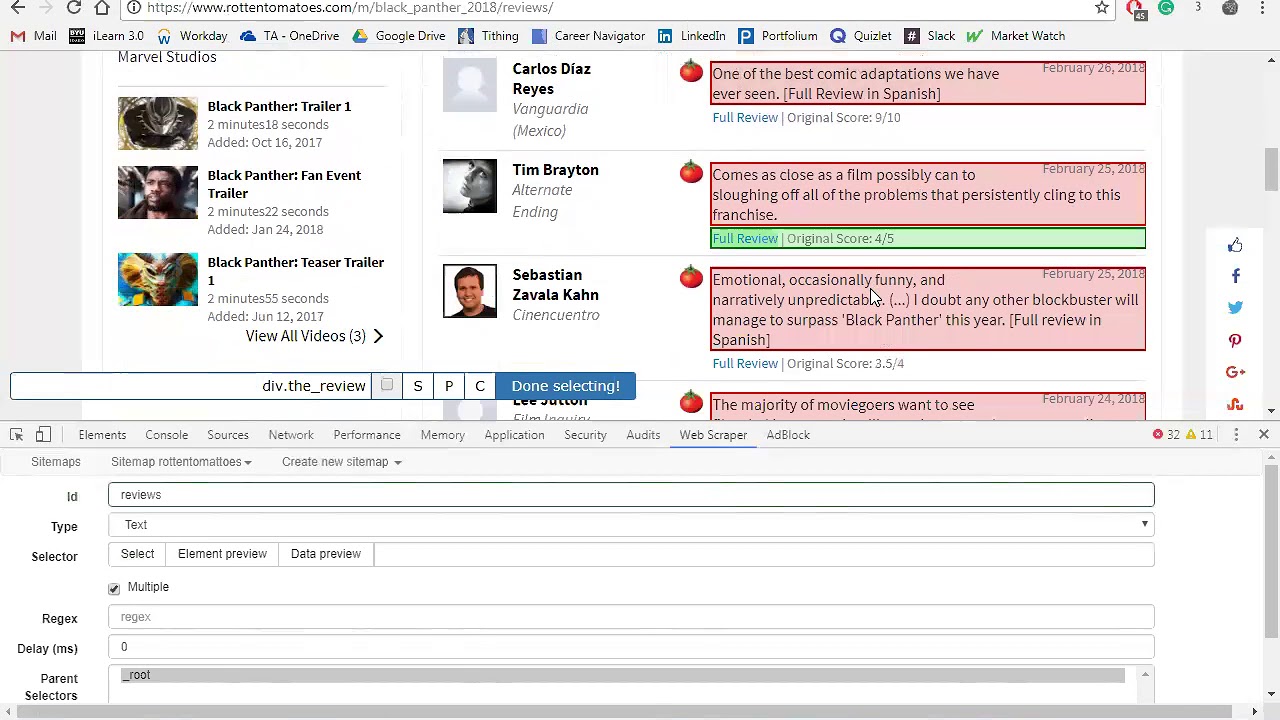 If you are using Google Chrome there is a browser extension for scraping web pages. It’s called “Scraper” and it is easy to use. It will help you scrape a website’s content and upload the results to google docs.
Walkthrough: Scraping a website with the Scraper extension
Open Google Chrome and click on Chrome Web Store
Search for “Scraper” in extensions
The first search result is the “Scraper” extension
Click the add to chrome button.
Now let’s go back to the listing of UK MPs
Open
Now mark the entry for one MP
Right click and select “scrape similar…”
A new window will appear – the scraper console
In the scraper console you will see the scraped content
Click on “Save to Google Docs…” to save the scraped content as a Google Spreadsheet.
Walkthrough: extended scraping with the Scraper extension
Note: Before beginning this recipe – you may find it useful to understand a bit about HTML. Read our HTML primer.
Easy wasn’t it? Now let’s do something a little more complicated. Let’s say we’re interested in the roles a specific actress played. The source for all kinds of data on this is the IMDB (You can also search on sites like DBpedia or Freebase for this kinds of information; however, we’ll stick to IMDB to show the principle)
Let’s say we’re interested in creating a timeline with all the movies the Italian actress Asia Argento ever starred; where do we start?
The IMDB has a quite comprehensive archive of actors. Asia Argento’s site is:
If you open the page you’ll see all the roles she ever played, together with a title and the year – let’s scrape this information
Try to scrape it like we did above
You’ll see the list comes out garbled – this is because the list here is structured quite differently.
Go to the scraper console. Notice the small box on the upper left, saying XPath?
XPath is a query language for HTML and XML.
XPath can help you find the elements in the page you’re interested in – all you need to do is find the right element and then write the xpath for it.
Now let’s assemble our table.
You’ll see that our current Xpath – the one including the whole information is “//div[3]/div[3]/div[2]/div”
Xpath is very simple it tells the computer to look at the HTML document and select

element number 3, then in this the third one, the second one and then all
elements (which if you count down our list, results in exactly where you are right now.
However, we’d like to have the data separated out.
To do this use the columns part of the scraper console…
Let’s find our title first – look at the title using Inspect Element
See how the title is within a tag? Let’s add the tag to our xpath.
The expression seems to work well: let’s make this our first column
In the “Columns” section, change the name of the first column to “title”
Now let’s add the XPATH for the title to it
The xpaths in the columns section are relative, that means “. /b” will select the element
add “. /b” to the xpath for the title column and click “scrape”
See how you only get titles?
Now let’s continue for year? Years are within one
Create a new column by clicking on the small plus next to your “title” column
Now create the “year” column with xpath “. /span”
Click on scrape and see how the year is added
See how easily we got information out of a less structured webpage?
Last updated on Sep 02, 2013. 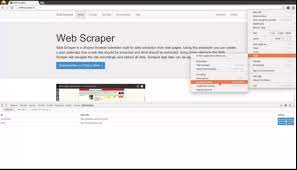 Frequently Asked Questions about how to use chrome web scraper

How do you use Chrome scraper?

Walkthrough: Scraping a website with the Scraper extensionOpen Google Chrome and click on Chrome Web Store.Search for “Scraper” in extensions.The first search result is the “Scraper” extension.Click the add to chrome button.Now let’s go back to the listing of UK MPs.More items…•Sep 2, 2013

Scraper is a very simple (but limited) data mining extension for facilitating online research when you need to get data into spreadsheet form quickly. It is intended as an easy-to-use tool for intermediate to advanced users who are comfortable with XPath.Apr 20, 2015

How do you use web scraping?

To extract data using web scraping with python, you need to follow these basic steps:Find the URL that you want to scrape.Inspecting the Page.Find the data you want to extract.Write the code.Run the code and extract the data.Store the data in the required format.Sep 24, 2021